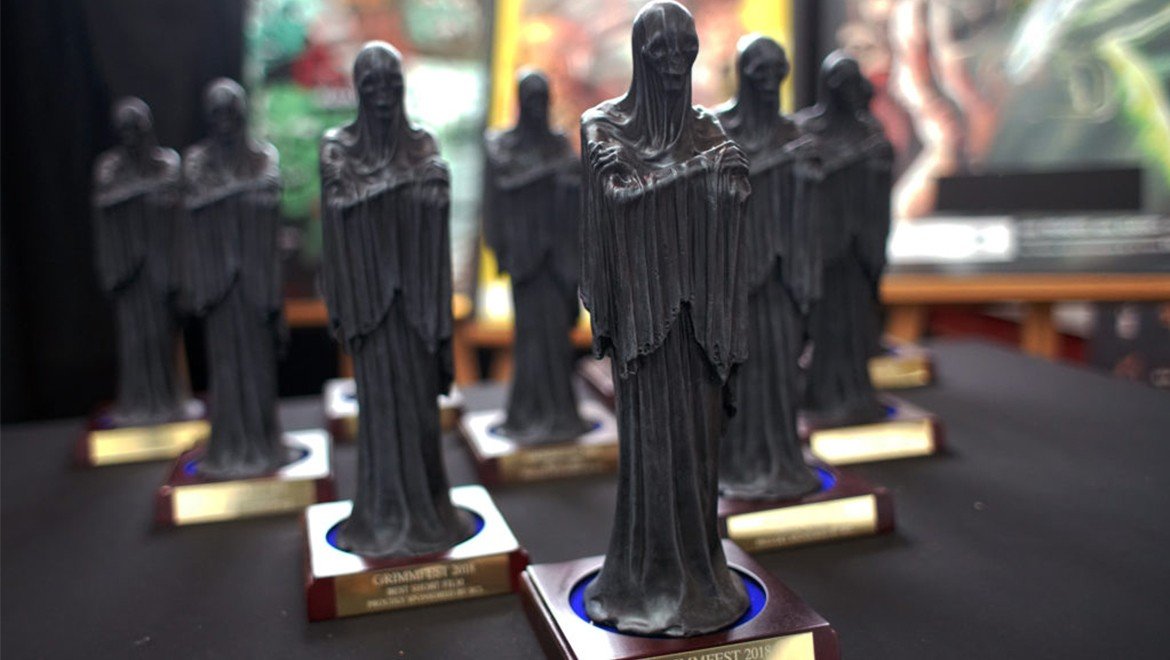 By robyn@whatisbobo.comFebruary 27, 2019September 6th, 2021No Comments

GRIMMFEST is proud to announce the introduction of a brand new award category for their upcoming 11th edition in October 2019: the WORK-IN-PROGRESS AWARD.

Grimmfest launched its very first festival awards in 2018, with the jury granting a total of 12 prizes. Winners included Issa López’s TIGERS ARE NOT AFRAID which scooped the BEST FEATURE FILM prize and John McPhail’s ANNA AND THE APOCALYPSE which bagged BEST DIRECTOR.

Grimmfest are proud to be partnering with film producer and financier Michael Laundon again in 2019 to offer the winners of the BEST FEATURE FILM and BEST DIRECTOR categories each with £40,000 worth of post-production services to use against a future film production.

Grimmfest and Laundon have also teamed up with London-based international film sales agency Film Seekers to launch the WORK-IN-PROGRESS AWARD, which is open to genre feature films in production or post-production but not yet completed. The winning title will be awarded £20,000s worth of post-production services to support completion of the film, and will receive an offer for international sales representation by Film Seekers. The award is also supported by Screen International, who will provide a year’s subscription to Screen International magazine to the winning filmmaker. The winning title will be screened at a future edition of Grimmfest upon completion.

Awards sponsor Michael Laundon commented, “After the success of last year’s Grimmfest where there were so many fantastic films on display, I’m delighted to increase my support for 2019 and I am especially delighted to be working with the Grimmfest team to develop this new Work-in-Progress award.”

Submissions for the WORK-IN-PROGRESS award will be accepted via the festival’s FilmFreeway platform. Filmmakers will need to submit a 10-15 min proof of concept teaser from the project in order to be considered. Further rules and guidance can be found HERE.

Short and feature length genre films and works in progress should be submitted via FilmFreeway. Early bird submission deadline is 22nd March 2019. Regular deadline is 28th June 2019 and late deadline is 29th July 2019. Selected films will be eligible for award consideration.

Grimmfest will also be partnering with Horror Channel again on the presentation of the “Lifetime Achievement Award” which will honour a very special guest for their body of work within genre film. In 2018, this prestigious prize was awarded to genre actress and producer Barbara Crampton, who will be heading up the Grimmfest awards jury in 2019.

The 11th edition of Grimmfest will take place from 3rd – 6th October 2019 at the Odeon Manchester Great Northern, UK. Submissions for works in progress and completed films are now open via FilmFreeway.

For more information on submitting your film, please refer to the submissions rules and guidelines which can be found HERE on the Grimmfest website, or on the festival’s FilmFreeway page.