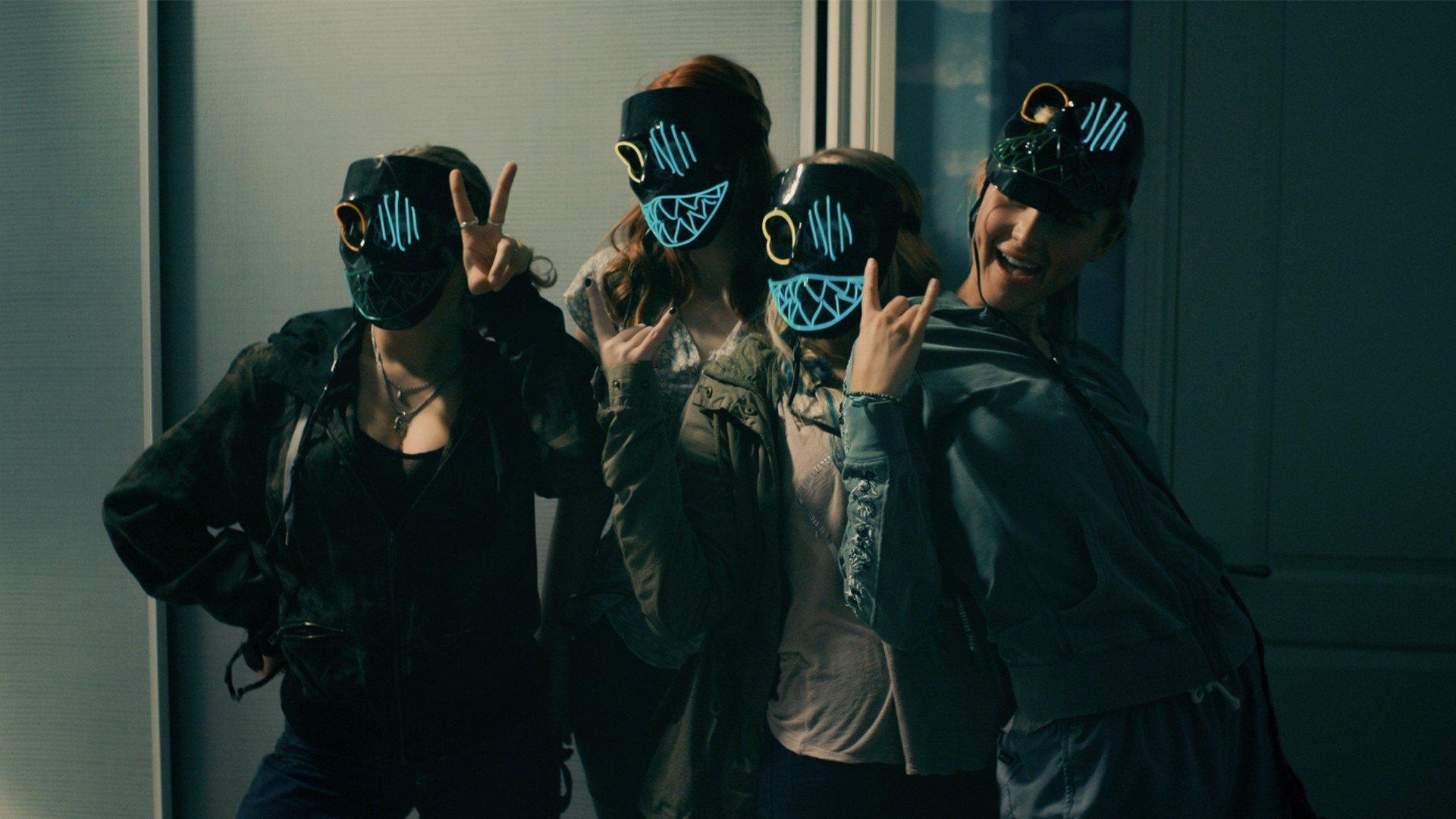 Los Angeles-based filmmaker Jud Cremata didn’t make things easy for himself with his feature directorial debut Let’s Scare Julie. From the inception of the project, he wanted to shoot in one continuous take, making it the first US horror film to do so.

Inspired by the single-take simulation of Alfred Hitchcock’s classic Rope and Josh Becker’s Running Time, and Sebastian Schipper’s truly one-take Victoria, Cremata wanted to use the technique to amp up his thriller’s tense atmosphere.

“I thought that the unblinking eye lended itself to tension,” he says. “There is no looking away, and in some ways that mimics our reality.”

Let’s Scare Julie follows a group of teenage girls who decide to prank their reclusive new neighbour, Julie. The prank turns to terror when some of them don’t come back from Julie’s house. All the action takes place in the two houses, adding to the sense of claustrophobia and dread.

Cremata also wanted to use the film’s storyline to explore the contemporary pressures social media and peer pressure places on teenagers. “There is this whole idea of bullying and shaming people online, people’s lives can be ruined.”

The ringleader of the group of friends is 18-year-old Taylor (played by Isabel May of Netflix’s Alexa & Katie) and their pack is newly expanded to include two outsiders: Taylor’s recently orphaned cousins, 17-year-old Emma and seven-year-old Lilly.

Casting director Emily Schweber helped the director on the rigorous search for the right actresses – not only solid talents, but ones who were up for the wild ride of the one-take environment. “We were looking for people that were comfortable with improvisation, that could add layers to it,” adds Cremata.

Dakota Baccelli, who was cast as Lilly, was a key find – and, crucially given the genre, she wasn’t afraid of the dark (Cremata says with a laugh that she even proclaims to be a fan of The Ring films).

Troy Leigh-Anne Johnson, who took the role of Emma, loved the freedom that Cremata allowed. “Of course there are specific points that we have to hit in order to continue moving the plot forward, but how we get to those points and what we say to get to those points was ultimately left up to us as actors,” she says. “I think it leads to a lot of very realistic conversation and dialogue.”

That realism is what Cremata was aiming for. “I hope it feels like cameras just descended into a room of teenagers,” he says.

A creative and technical challenge

Cremata admits the one-shot process was “scary” for both crew and cast. With limited time for rehearsals before the first shooting night, Cremata and his cast and crew shot an entire 85-minute film each night on four separate nights. After each night of shooting, he would adjust the script slightly.

“Every night I would go home and rewrite the parts that weren’t working as well, I would remove scenes, and every day we would come back and rehearse those revised scenes. But we were riding that razor’s edge because the camera movements couldn’t be spontaneous.”

The fourth and final night ended up as the best version and was chosen to be released as the final 82-minute film.

The writer-director is full of praise for his young cast, which also includes Jessica Sarah Flaum (The Tale), Brooke Sorenson (Modern Family) and Odessa A’zion (Fam), as well as his dedicated crew. “It’s a great deal of trust that we all put in each other,” Cremata says. “It was like everyone’s hands were on a Ouija board, and we were all spelling out Let’s Scare Julie.”

Cremata also produces Let’s Scare Julie alongside Marc Wolloff and Blitz Films’ Eryl Cochran and Nick Sarkisov. His decades of experience in TV production helped give him the know-how to plan this unique production plan. “I was happy to have this opportunity to try this out and to have a company in Blitz Films who trusted me to try it and do it,” he adds. (Founded by Sergey and Nick Sarkisov, Blitz Films focuses on hard-hitting, character-driven stories for TV and film.)

After attracting strong buyer interest in Berlin based on the trailer, international sales company Film Seekers is presenting Let’s Scare Julie’s digital premiere on May 12 for buyers and select festival programmers.