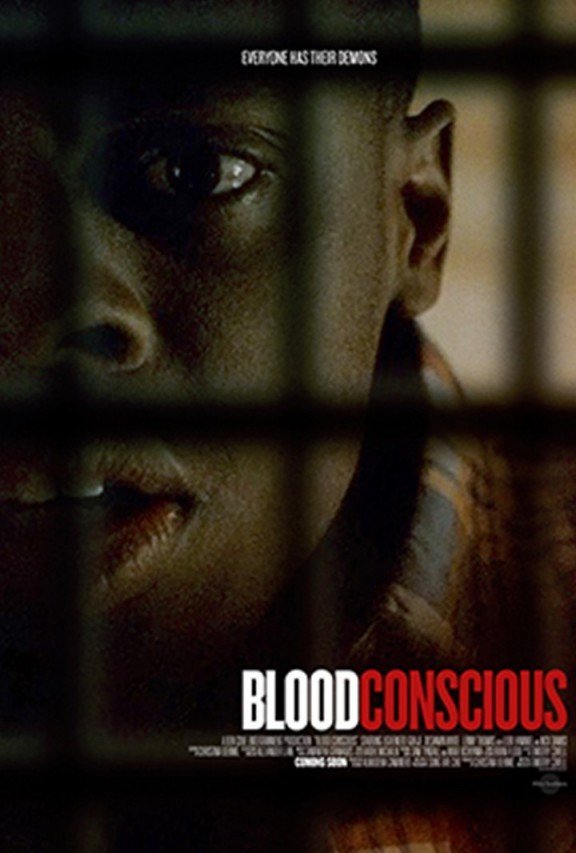 A vacationing family turns the tables on a mass shooter who claims to be fighting demonic forces.

Kevin, his older sister, Brittney, and her fiancé, Tony, set off to their parents’ lakeside cottage expecting a leisurely weekend getaway, but little did they expect the horror that awaits them.

Their holiday turns into a trip from hell as they enter a scene of mass murder, where their parents and lakeside neighbours all lie dead.

Terror strikes when the armed murderer confronts them, alleging to be fighting demonic forces that had possessed them all. They pin him down and lock him up in the cellar but he soon claims to not be alone down there…

As unexpected traumatic events unfold and paranoia sets in, they will have to find a way to survive the night without turning on each other, or becoming possessed.

Blood Conscious is a smart and gripping elevated genre movie with strong subtexts of American racism and collective delusions.

“Covell has all the promise of an auteur in the making”

“A gripping horror-thriller that touches on social commentary”
“[Covell] directs wonderfully, with a fine sense of suspense and pacing”
“Covell makes a stirring feature-length debut as both a writer and a director”