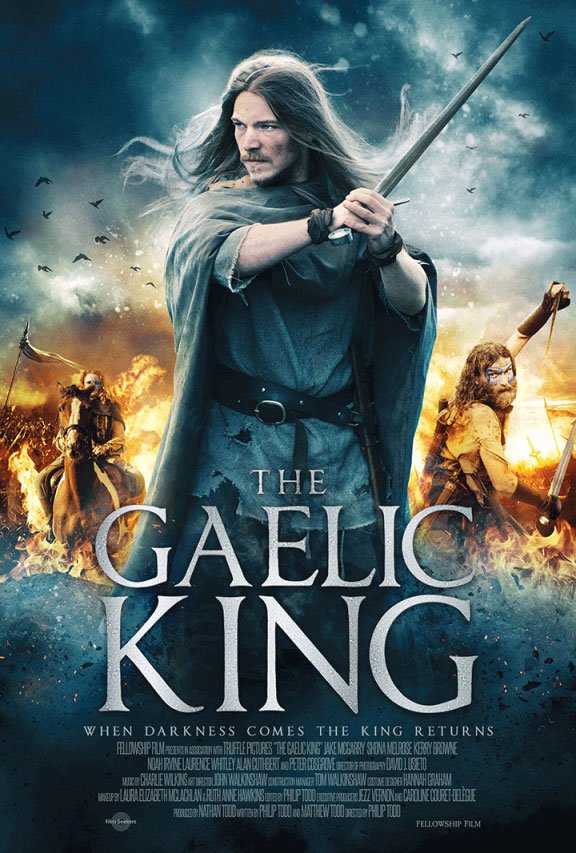 When his young brother is captured, the Scottish warrior-king Alpin must hunt the kidnappers through a dark forest that hides an ancient evil.

Set in the war-torn dark ages of 800AD Scotland, The Gaelic King tells the story of young Warrior-King Alpin McEachdach. When his family is brutally attacked and murdered by a rival Pict King, Alpin and his infant brother Finn are the sole escapees. Alpin swears to one day return, seeking vengeance on the Picts and regaining the Gael kingdom of Dalriata.

Ten years later Alpin and Finn, disguised as civilians, come across the front settlement of a community under oppression from the mysterious dark ‘Shadows’. The children are being kidnapped one by one, and the villagers hide in fear. When Finn gets captured, Alpin sets out to rescue him and the villagers, accompanied by a peculiar druid-monk called Lachlan.

What ensues is a gripping and heart-wrenching adventure, culminating in a final epic battle between Alpin and Nathara, the sorceress who awoke and controls the Shadows. In a final desperate fight, Alpin wielding the magical King’s Power, defeats Nathara and liberates the villagers. He returns home with Finn to take up his rightful place as King of Dalriata.